The "Halls of Fame" Hall of Fame! 13 awesome Halls to visit this year 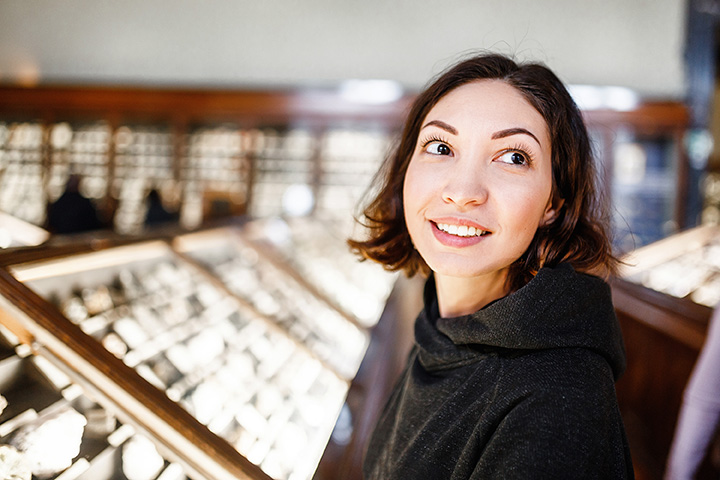 Everything is bigger in Texas, including the stories. The Texas Cowboy Hall of Fame commemorates those who can rodeo with the best of them. Whether they did it for sport or business, these are some of the best cowpokes around. Local business people are also honored, and displays document the "Western Lifestyle."

Dedicated to preserving and studying the effects of the most beloved toys, the Toy Hall of Fame can be a real walk down memory lane. Packed with nostalgic items like slinkies, and rubber ducks as well as more modern gizmos like Game Boys and Super Soakers mean everybody can see a favorite toy on display.

3. The Museum of History in Granite, Felicity, California

This museum is designed to be a Hall of Fame for the ages. The main attractions are a series of granite blocks with parts of world history inscribed on them, and the Felicity Stone, a "Rosetta Stone For the Future." Included in the inscriptions is the Parachuting Hall of Fame dedicated to record setting parachute jumps.

Chess is a game of strategy, skill, and mind games. So it should be no surprise that it has its own Hall of Fame dedicated to players, plays, and play sets. The exhibits include historic trophies, photographs, and other memorabilia, but the star of the show for many is the wide variety of quirky and unique chess pieces.

Everybody has a story about "the fish that got away," but all the fishermen and women on display here have had their fish tales confirmed. Even if you don't care deeply about the history of fishing as a sport there are plenty of fun displays about gear and a giant fish, which will get photographed holding YOU up for a change.

Part of Universal Studio's CitiWalk in downtown Orlando, the Hot Dog Hall of Fame is one of the tastiest entries on this list. Iconic hot dogs from cities across the country are represented here, and a huge array of mustards from all around the world is on hand to craft your own famous dog.

Whether you are a professional farmer or casual gardener you will appreciate a visit to this hall of fame. Some people with serious green thumbs and innovators of all sorts in the field of agriculture are honored here. The Hall of Fame is attached to a broader museum about farming techniques.

Housed in the Kruse Automotive and Carriage museum, the Monster Truck Hall of Fame is a perfect destination for anybody who likes their machines big, powerful, and angry. Several famous trucks have been donated and are on permanent display, and even more are on rotating display.

With inductees spanning from 2500 BC to today, the Magician Hall of Fame has some illustrious members. It also has some exciting exhibits, there are vintage posters from the performances of famous magicians to actual props used in performing classic tricks and illusions. Currently, the exhibits are on display at the Whittier Historical Society in Whittier, California.

This hall of fame lists both driving and sailing directions for visitors to their dockside location. While only the most hardcore of sailors are inducted, the Hall of Fame is dedicated to promoting interest in the sport and hobby in everybody. Numerous demonstrations and cruises are held at the dock.

11. The Hall of Flame Museum of Firefighting, Phoenix, Arizona

The Hall of Flame is dedicated to the brave men and women who risk their lives to save others from fires and other dangerous situations. Fire trucks, firefighting gear, and memorabilia fill the well-stocked museum.

Many people are fascinated by flying and the science of aviation. This museum is dedicated to both the brave people who have risked life and limb to advance humanity's mastery over the air. Bronze placards commemorate their individual contributions, while many of the actual aircraft they used are also on display.

Attached to an extensive museum about the role that mining has played both in the local community and the national economy is the Mining Hall of fame. Displays of bravery, ingenuity and innovation from miners across the country are all honored here.